Let's work together and support the American Red Cross

March is Red Cross Month.   It began with an annual proclamation in 1943 with President Franklin D. Roosevelt and continues 70 years later by President Obama.  As a nationwide non-profit with a rich history spanning more than 130 years, the Red Cross depends on the generous contributions of time, blood and money from the American public to support its lifesaving services and programs.

Schools are participating nationwide with fundraising and blood drives in their areas.   Tens of thousands of students will be collecting donations and giving passes to local martial arts schools as a way of saying “Thank You” for supporting the Red Cross.   Schools will also be supporting local blood drives  “The gift of a blood donation cannot be replaced by anything else in the world, and it means a world of difference to those in need.”

The Red Cross is not a government agency and relies on donations of time and money to carry out its vital work. An average of 91 cents of every dollar the American Red Cross spends is invested in humanitarian services and programs.

We encourage you to use social media to help recognize the efforts your school and students are making.  The public can also stop by your school to make a $10 donation and receive 2 weeks of classes.

For your school to participate we have created Fundraiser cards.   The goal of your school should be $20 times your active student count.   If you have 150 students set a goal of $3000 by selling 300 2 week lesson cards.  All profits should go to the Red Cross.  Once  you finish your collections you should send all the money less the investment you made to purchase the cards.

About the American Red Cross:

The American Red Cross shelters, feeds and provides emotional support to victims of disasters; supplies about 40 percent of the nation's blood; teaches skills that save lives; provides international humanitarian aid; and supports military members and their families. The Red Cross is a not-for-profit organization that depends on volunteers and the generosity of the American public to perform its mission. 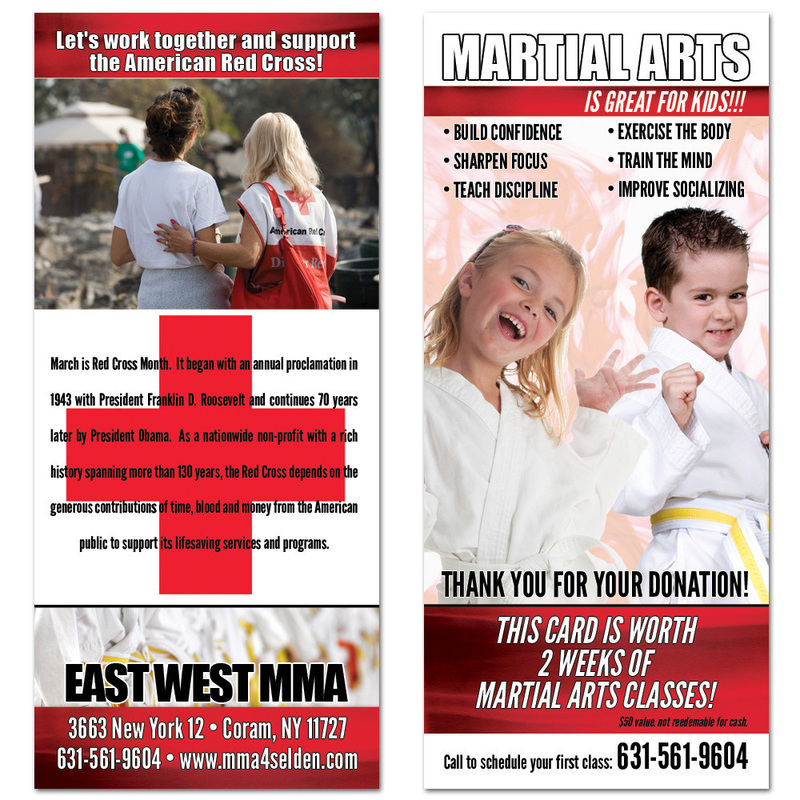